Due to the elections I had a day off yesterday so I decided to tick off one of those jobs that have been on my list for a long time. 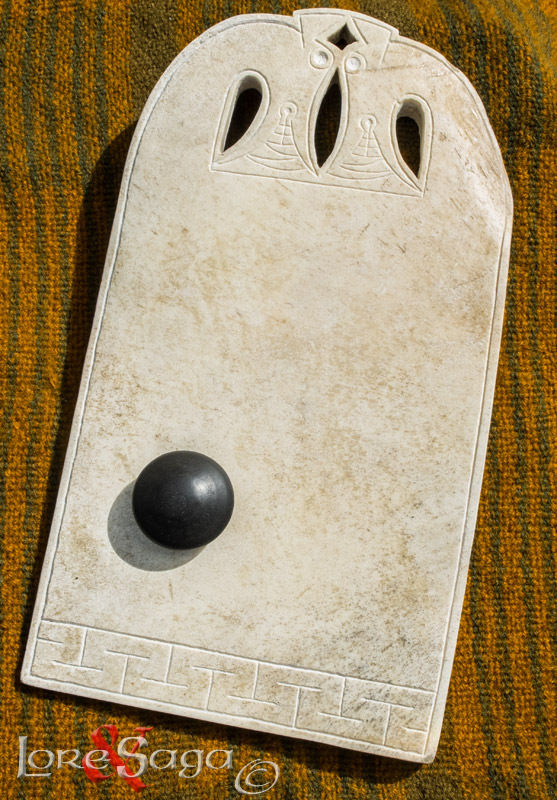 The "Smoothing Board" is a very distinctive Norse artefact that turns up in Viking period graves and sometimes in black earth contexts.

I've wanted one for my school talks and displays for a long while but sourcing the whalebone was obviously a problem.

I contacted the Natural History Museum as they are given rights to salvage materials from whale strandings. They agreed that the educational use I had for such bone was in keeping with their remit and they promised to let me know if anything ever became available, but nothing ever came of it.

Then, by chance, I came across a few bones on a beach, I am not going to mention where, so don't ask me. One of them was a shoulder blade which was just what I needed. They were all badly weathered and almost unworkable.

Experiments with a couple of offcuts showed I would need to stabilise them somehow but I needed a simple solution that would not compromise the authentic look and feel for living history use. Whatever I tried, I would only ever get one shot at it. I am unlikely to ever find such an ideal bone again. I had just two offcuts left that I could experiment on.

I have to admit that I over thought it. The bones sat on a shelf for a decade while I occasionally pondered what to do. Life got in the way, I have concentrated mainly on the business rather than going to events for a few years and recently we decided to get back on the circuit.

This gave me just the prod I needed to look again at this project and I realised that the simplest solutions are often the best. I just soaked the bone with PVA which filled the delicate blood vessel matrix around the edges and made it solid enough to work on without it chipping. Sanded down, it left the surface pretty well unaltered. 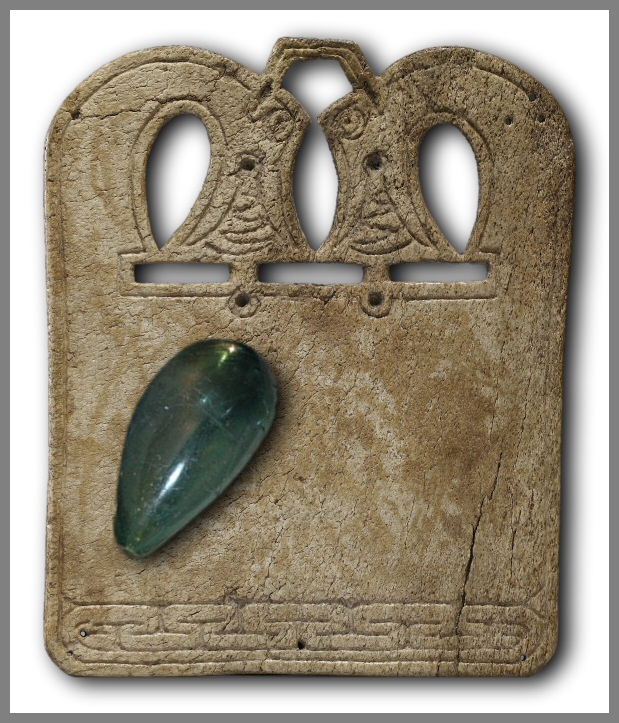 There is a board found in Norway that I used for inspiration. I changed a few details like the ears in respect for the fragile state of the material but largely I am happy with the design.

The carving was done mostly with files but with a little help from a Dremel type drill in a couple of tight areas.

I normally highlight such carvings with a mixture of beeswax and crushed charcoal forced into the grooves but decided that would be inappropriate in this case as the usual interpretation of what they were used for is smoothing linen which might get soiled by the charcoal mix rubbing out.

Incidentally, the rubbing stone seen in the picture above may possibly be an original. I found it on a boot sale amongst a miscellaneous pile of metal detector finds, some of them correct for the period. The seller was characteristicly vague about where he found it and had no Idea what it was but although small it looked like others that I have seen. Although I do not like to support potential nighthawks, I felt this was too good an opportunity to pass up. Sometimes the originals are made of glass, sometimes shaped stone like this one and occasionally just a suitably shaped pebble. I suspect some such pebbles are discarded from excavations for simple lack of recognition.

As an aside, does anyone know a glasswworker that could make a smoother like the one shown in the second picture?
Wayland.

looking great, I've coveted one of those myself.
I'm pretty sure the Roman Glassblowers (Mark and David) have been known to do glass linen smoothers, might be worth asking them nicely?
Silk or wool stockings & knitted hats to order, also patterns for historic hats
The Artifice of Beauty- a history & practical guide to perfumes and cosmetics.
Plague Rats- no ordinary cat toy!
Top

It says rather definitely that they are only doing Geogian glass these days and will not be doing anything else for the foreseeable future. Mike from Tillerman Beads says they're pretty firm about that.

If I don't come up with anything else I might chance my arm but hopefully something else will come along.
Wayland.

Send me some more details as I know someone who can make them, if they will or not is a different matter
"For he(the bow), any old stick will do. But arrow will get deer”.
Ishi, last of the Yaqui Amerindians of California

Thanks for that, I'll have a dig around and see what I can find.
Wayland.