The 16th was one of only 3 British Light cavalry regiments who fought constantly from 1809 through to Waterloo along with the 12th and 13th Light Dragoons. It is our aim to re-create the unit as it would have appeared during the closing stages of the Napoleonic wars. In time we would like to cover the early period as well, but one step at a time.

We are a small unit and 2009 will be our first season on the Napoleonic circuit. Drawn from experienced horsemen and women, it is our aim to demonstrate the light cavalry skills of the period while paying close attention to the drill and tactics of the time.

We are a family based unit, and are open to recruits from all backgrounds.

The 16th Light Dragoons is a member unit of the Napoleonic Association. 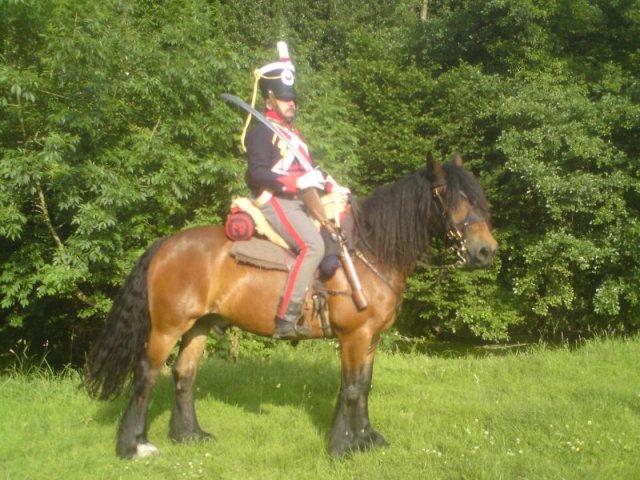 Young men have often been ruined through owning horses, or through backing them, but never through riding them: unless of course they break their necks, which, taken at a gallop, is a very good death to die

Users browsing this forum: No registered users and 2 guests