With Zeal and with Bayonets Only

Anything with a vague historical bent

With Zeal and with Bayonets Only

With Zeal and with Bayonets Only
The British Army on Campaign in North America, 1775-1783

An excellent study of the training, organisation and tactical employment of British infantry in the AWI and an insight into the mechanics of combat.

I've always had a bit of a blind spot with AWI finding it difficult to get into but this book was fascinating. It presents a very different picture of the redcoat and it would be interesting to see how this percolates through into AWI re-enactment.

For mid C18th re-enactment we portray fast moving Jacobites who rely on cold steel against a slower redcoat force dependant on fire power. Only 30 years later we have a complete reversal with redcoats relying on a loose order, fast moving bayonet charge against American rebels.

You wont get much of a campaign history or a detailed analysis of the politics and based on performance it may seem as if the redcoats where unbeatable but I think it is still a balanced book and it does try to explain why the conflict was probably unwinable.

In summary, If you charge them, they will run 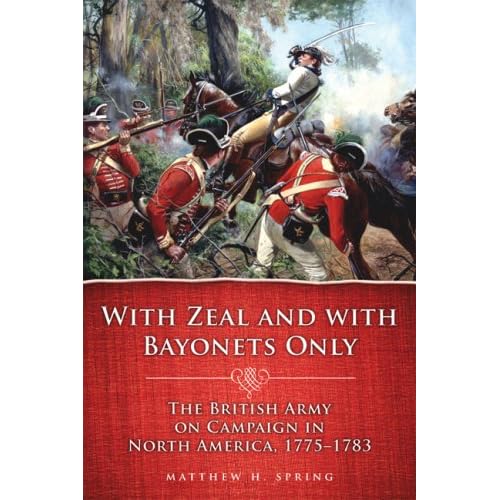 Pulteney's Regiment
'We're from the Government, we're here to help'

Users browsing this forum: No registered users and 3 guests