Well, bits of it, rest will be revealed in due course

Divvent ye start an all. This is driving me mad

Boga Sceal Straele - a bow shall be for arrows

Yes, if you've mad something nice [and almsot certainly you have] just show it to us.

It isn't a Sale of Century.
Top

I have made something nice, however it was only just recently received by the client so it was a compromise between my excitement and his needing to get his mitts on it.

But I have permission to show, a couple of snaps of the helmet pincel.

18 inches long, purple silk, gilded and modelled theme of St Julien (in lozenge) and saltire in branch form, firestriker and stone plus sparks terminating at the pointy end.

Client was fantastic and appears to be pleased with the result.

He will, I hope send pics of it in situ on his helmet.

The client, as I'm speaking with him on the phone says he is "Ecstatic".

Yep!
'tis wondrous and different to mine!
Just not enough of this sort of thing about.
JK are you coming to Berne? I assume you've heard?
lol
'making history happen'
-
Top

no I have not, let me knwo more via email.
middle english dictionary

and the only reason I posted a bit is cos it's all there was to post...

"What a lovely hat! But may I make one teensy suggestion? If it blows off, don't chase it."
Miss Piggy
RIP Edward the avatar cat.
Top

Its truly beautiful, you are a very clever man, but you know me patience is not one of my virtues xx
Boga Sceal Straele - a bow shall be for arrows

Can I just Say that as I have two pieces of work of the Man G23b, his work is excellent and worth evry penny that you pay fo rit.

No Hamster's, Moderators, Animals, or Re-Enactors were harmed in the making of this post.

Skev keeping it real since '86

Greenthings Wim-Jaap
I like living on the edge, it gives a great view over the world!

Precious on its bright, shiny thing. 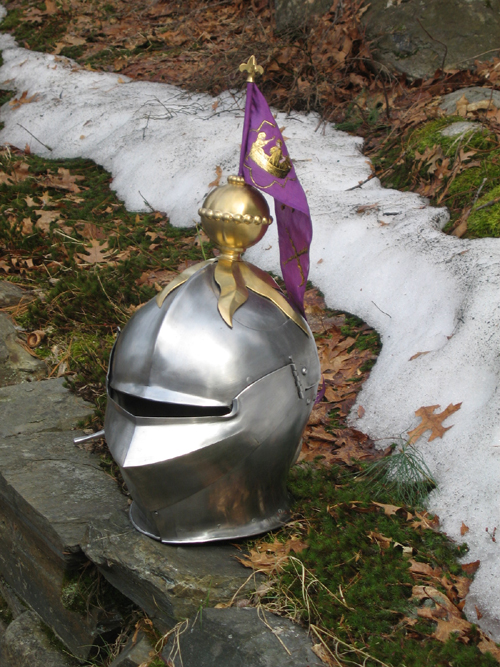 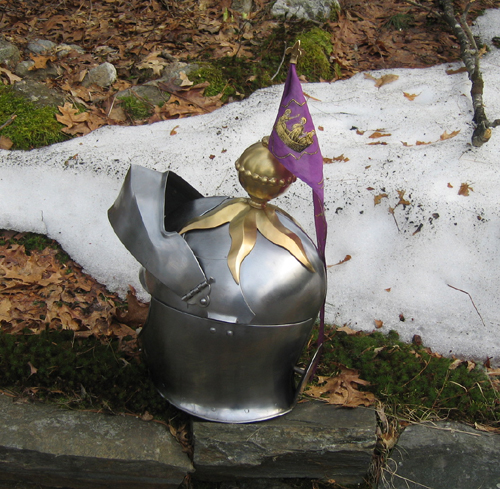 When I get some more photos of Bob in his complete harness and on horseback, I'll post.

very nice
bet that won't turn up at tewkers
cos if it did, every billman and his dog would be trying to knock it off?!!!!

Not unless the client flew over from the States especially Mick

But I might produce some items for viewing at Tewks

He always gets the best.

That'll be good to see, you could then come and have a laugh at my efforts, then tell how it should be done just like WC days

I would never mock anyone's efforts, certainly not my place to say how anything should be done, still be nice to see stuff though.
middle english dictionary

Any idea which company it's for? My wee book isn't complete and I know I ought to know who's the boss of this outfit?
OSTENDE MIHI PECUNIAM!
Top

According to the Letter (cited below) that identifies the Burgundian Ordinance Companies, the violet flag belongs to the Xth Company of the Ordinances: St. Julian. The company had 3 captains, two of which were members of the Order of the Golden Fleece.

The company was originally raised in the Summer of 1471 by Baudouin de Lannoy*, lord of Solre and Molenbaix from the county of Hainault. Baudouin died sometime in the late Fall to Early winter of 1474, at which time Jaques Galliot (Jacobo Galetto) was given command from that time until January 1476. Jean de Rubempré was the last commander of the Tenth Company of the Ordonnances from January1476 until the battle of Nancy in January 1477.

There are no extant flags of this company that I am aware of. The hoist is speculative and based on a Flemish manuscript image of St. Julian. His other incarnations are that of a hunter with Christ in the stag's antlers, but we felt it would be too easily confused with St. Eustace, and standing with an oar. Most of the images I've seen have him in the boat. So that's what we went with.

"In the time of the Duke there was made a great Standard, with the image of Saint George, the Guidons and the Cornettes for the different parts of the household, the Archers of the Ducal Guard, and for the twenty Ordonnance Companies; the first standard of the companies had a field of or (gold), with the image of Saint Sebastien, the motto and the device (a tinderbox in the shape of a crown) of the Duke, garnished with fusils, with flames, and the cross of Saint Andre (Andrew - in the shape of two ragged staffs). The 2nd had the image of Saint Adrien on a field of azure (blue), the 3rd had the image of Saint Christopher on a field of argent (silver), the 4th Saint Anthony on a field of rouge (red), the 5th Saint Nicolas on a field of vert (green), the 6th Saint John the Baptist on a field noir (black), the 7th Saint Martin, on the colour sanguin (murry or blood red), the 8th Saint Hubert, on gris (gre), the 9th Saint Catherine, on blanc (white), the 10th Saint Julien, on violet (purple), the 11th Saint Margaret, on tenne (orange), the 12th Saint Avoye, on jeaune (yelloe), the 13th Saint Andre, on noir and violet (black and purple), the 14th Saint Etienne, on vert and noir (green and black), the 15th Saint Peter, on rouge and vert (red and green), the 16th Saint Anne, on bleu and violet (blue and purple), the 17th Saint Jacques, on bleu and or (blue and gold), the 18th Saint Magdelaine, on jeaune and bleu (yellow and blue), the 19th Saint Jerosme, on bleu and arget (blue and silver), the 20th Saint Laurent, on blanc and gris (white and grey)." "The Scandualous Chronicle" by Jean de Troyes."

Thank you, maybe me wee book was more complete than I gave it credit for.
OSTENDE MIHI PECUNIAM!
Top

Thanks, but I only attended a course last year and am certainly not qualified to teach gilding, give me a few years.
middle english dictionary