by Tod
I'm thinking of building a gun on a wheeled tripod. There used to be a few around. which I have pictures of. Has any one any 17th century images or examples?

by John Waller
I think there are some illustrations in Edouard Wagner's "European Weapons and Warfare 1618-1648". If you don't have a copy pm me and I'll scan the images for you.

I got some pics of what I think you are looking for.

by STEENIE
In the mid eighties, my regiment (my Lord Saye and Seles's Blew Regiment of Foote), had two made and used to grace the field. The barrels were made by Barry Jakeman (peace be upon him) 1.25 inch bore. The reason why we re-introduced them onto the field, using the source of Wagner, was to stop my artillery being knobbled to the artillery line, so I kept my artillery with me to stop flanking actions against my Foote. Very mobile. Very effective. Especially as we also had a 'Leather Cannon' too!

by chrisnelaine
Have a word with Liz from the Pickering they have a Rampart Gun. 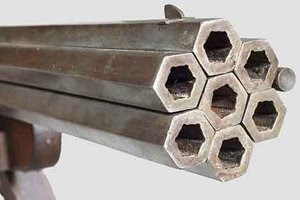 mine, Andy and Tony's plan years ago was to use the oversized regimental wall gun muskets we had and do a really good rampart gun crew at a couple of the German events, we were going to get really well made uniforms ( not your SK cotton wool rubbish ) but uniforms which actually looked period correct, get up on the ramparts and defeat all that attempted to climb the walls.
But like all good plans we ran out of money and then we left the Knot anyway...............

by Hobbitstomper
I've no pictures but there are several huge wheel locks in the armoury of the Madrid Royal Palace. They were 2-3m long and about an inch bore. The guns were on little carrages. They don't allow the public to use cameras but you could try contacting them for details/pics.

by acecat999
we have in our group 2 very long rampart guns - probably indian in origin.

one is proofed. the smaller non proofed is in this picture. its about 6ft and 20 bore. The larger proofed one is about 7.5 ft and an inch bore.

next to the arrows.

they have the same armourey markings, and didn't cost that much.
All times are UTC+01:00
Page 1 of 1