by abaddon1974
I am thinking about having an artillery piece made for the Wars Of The Roses time period but I am not sure what I want yet.
Just wondering if there are any decent book or other sources out there which have illustrations or photos of what was used in the period so that I can start to narrow my choices down.

by Kristian of Flanders
Charles the Bold lovend artillerie.
I would buy a copy off the Osprey book. Burgundion medieval army. It has a sectio's about the subject and it is not that expencif.

by acecat999
Theres a place in france with a lot of them...

seriosly. Your design will be more influenced bymodern needs such as transportation and legislation though

by abaddon1974
Legislation wise, as long as it can be put on a FAC I should be ok, and if the barrel fits in a van I should be fine as well.

I quite like the breach loading swivel gun which is claimed to be 15th century (can't remember which museum has it) but I think that to use it properly I would need some kind of warship which might be a bit too expensive and very difficult to get to events.

by Dave B
If you fancy an oversized swivel gun, there is a cracker in one of the Swiss Schilling chronicles, which is reproduced in this book: 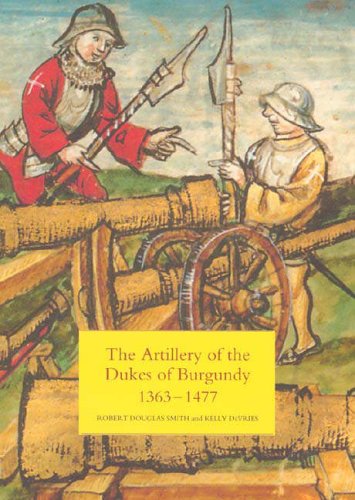 It's part of the same picture as the cover piece there. Sort of a 6 foot long / 2" calibre pole gun with the front on a sturdy stool.

by abaddon1974
Thanks Dave, I could go for a 2" pole gun I suppose. Does the book you posted have illustrations? I could do with something to get ideas from.
I like the idea of a breech loader but there do not seem to be that many about so not sure if it is an issue with manufacturing difficulties or something else.
I have seen photos of breech loading ribauldequin but I have never seen one in the flesh as such.
The next issue when I finally decide what I want will be to find a maker, not many people advertise their cannon making abilities.
All times are UTC+01:00
Page 1 of 1